I don’t know about you, but whenever I create anything, a voice in my head often chimes in with some commentary. Like for example:

~ you’ve got to be kidding

~ you’ve wasted the entire day on this

and the thing about this voice though, is over the years I’ve learned a couple of important things. Like how to talk back to it. To have fun with it. So I’ll say:

Yeah, I know. I’m just playing around. This is only for fun. It doesn’t mean anything. No one will ever even see this. I’m not going to show it to anyone.

If I’m drawing or painting, I’ll maybe get a response like this right back: 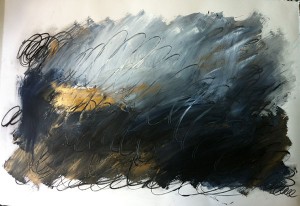 Hey, you might be playing around, but give it up. Robert Rauschenberg wouldn’t even keep this in one of his back closets! Why don’t you just have that chocolate chip cookie over there and relax, think. No. Don’t think. Just stop this nonsense right now. You’re tired, aren’t you?

And If I’m writing a poem, say, the voice’ll pop in with:

Emily Dickinson wouldn’t save a line like this in her desk drawer to revise. She’d toss that envelope she was writing on right into the trash. That’s what you should do. Now.

It just keeps prattling, happy to advise in this ill-conceived and doomed pursuit.

Like for example, if you dare to think about what you’re doing after all of the brilliant poets and artists who’ve gone before you, it’s impossible to create anything.

Who can possibly write or paint knowing what Yeats or Picasso did?

The sheer poetic/artistic force of these masters towering over us is immense. And to me it seems as if these titanic forces tend to time their arrival and visit during the most frustrating moments, when nothing’s working. It feels kind of like having a bored studio audience of geniuses looming there in the shadowy corners of the studio, watching and waiting, waiting endlessly to be captivated by your effort.

What do you think you’re doing? They laugh. You’re failing. Go do something, anything else.

Or does it just seem so, that I’m only imagining this, these critical voices, so that the creative process doesn’t seem quite so lonely? It’s true, it’s often lonely in there.

Anyone who creates knows loneliness intimately.

And yet, we persist. 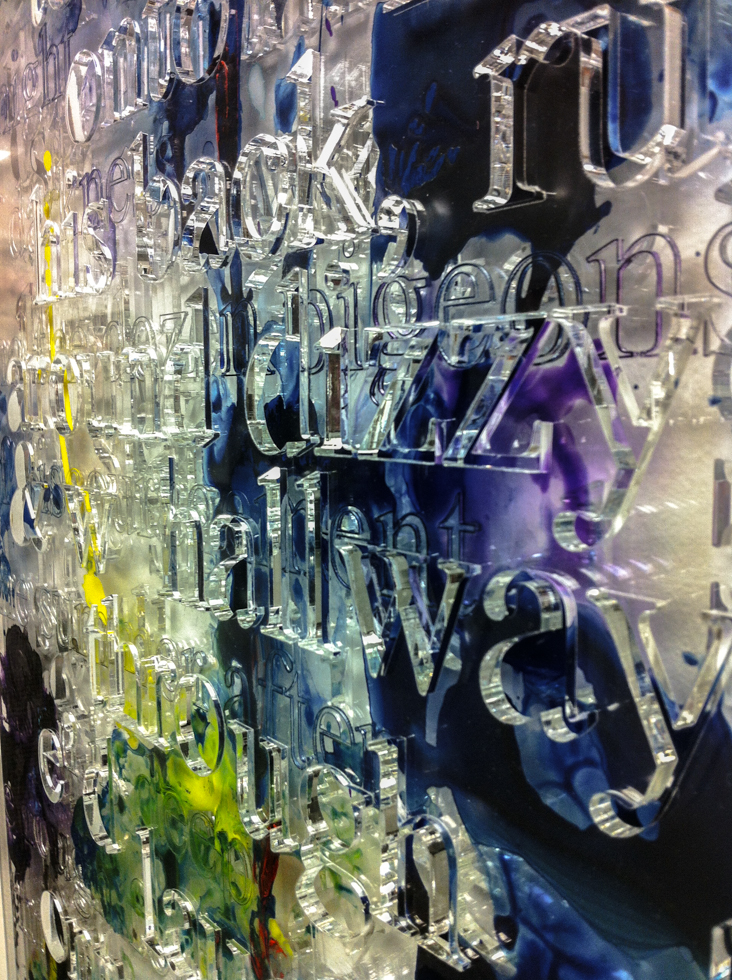 The truth is, despite it all, so much of the time when you’re lost in creation, it’s beautiful inside there. Time morphs into a perfect and still space where nothing else matters and hours are lost in pure play.

Perfection. The world is a beautiful and happy place. A good and decent place.

Or as Emily Dickinson once wrote: I dwell in possibility.

Playing inside the realm of creation is: pure and true and nothing but possibility.

Think about it for a moment: anything is possible!

And it’s you who gets to play inside this possibility where anything can happen.

What a gift and privilege. You might create a poem, an image, a song… and it might, just might create change. You never know the effect it can have on another person.

Just know this: you have to have a comeback or two handy and ready to go whenever you hear that negative voice, otherwise you’ll quit. You’ll give up. Talking back is the only way to get ‘em to shut up. And yeah, you have to be willing to plow through a lot of junky creations ~ that 10,000 hours rule.

Here’s a secret in a single word: Bob.

You know, Robert Rauschenberg, the dynamic American artist who reshaped the world of modern art to fit his world, his idea of what art could become. His story as an artist is mythic. I don’t know about you, but I learn quite a bit from myths, their secrets. When I first heard the story about how Bob had the audacity to erase a de Kooning drawing, I was captivated. I mean, who does that? Bob from Port Arthur, Texas, that’s who. He wasn’t only willing to turn the world upside down, he was willing to fail while he was doing it. I could go on about his beautiful imagination, his inventiveness, his flashy visions, his playful nature, how he could take a nothing-object and make it into an astonishing-something: a work of art.

There’s another important facet of his personality that I believe, holds a clue to his greatness: his generosity. He gave to everyone around him. And it’s no secret why he did. He operated by an important belief system every artist would do well to cultivate.

I was told by a dear friend who once met Robert Rauschenberg at a party that he looked him in the eye and said: My art is about the interconnectedness about all things.

Connection. Of course. His art was many things, but at its heart, it was this.

And when you create anything, you have to remember that you’re playing in a realm where the unseen often shows up to lend a hand.

Imagine the past, the future, right now, this moment… that it’s one great and creative universe where there are rooms enough for all of us, every artist who dares to create anything. You don’t have to be Rodin or Rilke. You just have to be you. And inside this universe, you might even imagine that Robert Rauschenberg is there somewhere and instead of that voice in your head telling you how Robert Rauschenberg is going to toss your abysmal stuff, why not listen to the other softer voice that says: it’s safe here. It might even help to think that Bob’s got a lot of closet space where he’s willing to let you store some of your questionable work because he understands that you’re not happy with it. And he’ll wait with it until you’re ready.

Bob, hide this for me, would you?

Eventually, you have to take your work out of that Rauschenbergian closet of your mind (or the real one in your back office) because the thing about Bob is, he’ll let you store your stuff there when you get disappointed and frustrated and complain about it. But closets need to be cleaned out. Understand that he wants you (we all do!) to take your work, your creations out into the world. He knew that art could change the world.

He knew it’s the gift that connects us. He understood the interconnectedness of all things.

We live in a beautiful and creative age right now and like never before, we’re connected to the world.

Through art, and sharing our creative gifts, we make it better.